Git worktrees are extremely powerful. In short, they allow you to checkout a branch into a specific directory. Then, you can checkout another branch into another directory. From here, switching branches is as simple as switching directories! This is essential for developers who might be working on several things at once or who are regularly interrupted and need to switch to a bug fix or even just need to review some code.

The most basic use of a git worktree is to simply checkout a branch using the following command.

This will create a new directory as a sibling to your normal working directory, create a branch called feature-branch, and set the inital state of the branch to be that of origin/main. Inside this new directory will be the exact project checked out where you can run all of the normal git commands and set up the project as normal.

You'll need to npm install or do whatever to set up your project as you normally would, as if this were a new clone.

One thing I don't like about this setup is the "scatteredness" of my repo with one seemingly blessed worktree and then a bunch of siblings that are outside of that worktree. Instead, I like to use a bare repo setup. In this, the project is checked out without a working tree, similar to how it would be on GitHub and elsewhere.

As you can see in here, we now have the files that would normally appear in the .git/ directory directly inside the directory we made when cloning the repository. So far that doesn't seem better! From here, we could create a new worktree with the command above and it would appear inline with all of these important-looking git files, which adds a lot of confusion. Instead, we can hide the .git files inside of another directory when we bare clone the repository. I like to call this directory .bare.

The benefit of this setup is that the bare repo contents are hidden away in .bare, and then the directory containing that effectively becomes a place to create worktrees associated with that bare repo, thanks to the .git file, which is a pointer to where the git database is located.

From here, new worktrees can be created and maintained like normal. However, there are a few small issues because when a bare repo is cloned remote-tracking branches are not created. So, when trying to git fetch, no remote branches are fetched. This can be fixed with a few commands to update what happens on fetch and to associate local branches with the their remote.

I created a script to help make this setup easier.

While I think this setup is fantastic and I don't see myself going back to the old, single woking directory lifestyle, there are a few downsides that you should be aware of.

Each worktree is effectively its own project #

Each worktree exists independently of the other. This is obviously a good thing because it means you can run them independently and simultanously, it also means that you need to npm install (or your equivelant) on every one of them. This means that the creation and setup of each worktree can be an ordeal. For my main work project, npm install takes about 5 minutes 😱.

The output of git branch is pretty useless #

Looking to see what branches you have created locally becomes more of an ordeal because the git branch command will list every branch that exists in the bare clone.

How I use worktrees to get things done #

I will use my git bare-clone script to set up a new, bare repository ready-to-go for creating multiple worktrees. In the way I work, I will create a new worktree for each feature that I am working on, meaning I will have several worktrees that I regularly prune with git worktree remove. However, there are a few stable worktrees that I will perpetually keep around in a project.

To save time, I made a helper script that I use to create new worktrees for each feature branch. This is mostly straightforward, and the main benefit this gives me is to automatically create and push a remote feature branch, kick off npm install, and kick off a build of my project. It can take several minutes to complete, but it's set and forget and then I can come back to a fully up-and-running worktree, ready to be worked!

Using git worktrees are a big change to how I approach development on large projects where I'm involved in lots of different ways including feature work, reviews, and hotfixes. There's good and bad to them, but for me, the good outweighs the bad and I don't see myself ever going back! 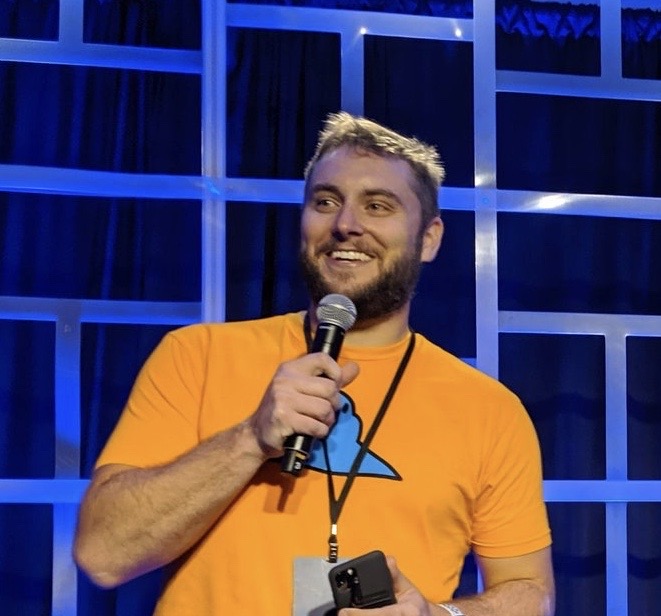 👋 Hi, I'm Nick. I write and talk about JavaScript and the web.